Nigeria, in the last decade, has been heavily investing in the procurement of high-tech military equipment, especially aircraft and warships.

Owing to the upsurge of insurgency, banditry, and other criminal vices, Nigeria, under the six years leadership of President Muhammadu Buhari, has given the Nigerian Air Force (NAF) its biggest upgrade.

Since Buhari assumed office in 2015, the Nigerian military has taken delivery of a total of thirty-two (32) brand new aircraft, with the latest being the 6 X A-29 Super Tucanos – the first batch of a total of 12 – that arrived on Thursday, July 22, 2021.

Among aircraft the Buhari-led administration has acquired since assuming office include:

There are also 3 x Special Missions Aircraft from NIMASA – a part of the Deep Blue Project –  that have been delivered. They belong to NIMASA but will be operated by the NAF.

Armed Drones (UCAVs) have also being ordered and are being delivered; there are at least 8 of these – including Wingloong II, CH-3 and CH-4.

Timeline of the acquisitions

The ceremony took place at Kaduna airbase, where the NAF’s flying training wing is based.

Delivery of the first four aircraft came six weeks after PAC Kamra signed a deal with the NAF to supply 10 new Super Mushshaks. Eight are being loaned as an interim measure until the new aircraft are delivered.

All of the Super Mushshaks were airfreighted by an Ilyushin Il-76 to Kaduna on 1 December, and reassembled by a PAF technical team at the airbase.

While unveiling them, Buhari said that it was part of the federal government’s commitment to equipping the armed forces in order to tackle insecurity and protect Nigerians.

“These helicopters and other additional helicopters expected to arrive in the next few months will surely boost the performance of the Nigerian air force constitutional roles.

“I, therefore charge you to redouble your efforts toward protecting our national interests, while at the same time degrading national security threats,’’ Buhari had said

“The Wing Loong II, which can remain airborne for 31hrs in Intelligence, surveillance and reconnaissance  (ISR) mode and 26 hrs in offensive role, will add significant value to counterintelligence and anti-banditry operations,” Air Commodore Ibikunle Daramola, the Director of Public Relations and Information Headquarters Nigerian Air Force, had disclosed.

– In December 2020, a second Mil Mi-171E transport helicopter was delivered onboard Aviacon Zitotrans Ilyushin Il-76TD RA-76502 to the NAF Base in Makurdi.

You can read the full article following  the link below:  https://thestreetjournal.org/32-fighter-jets-purchased-by-buharis-administration-affirms-nigeria-as-military-super-power-in-africa/ 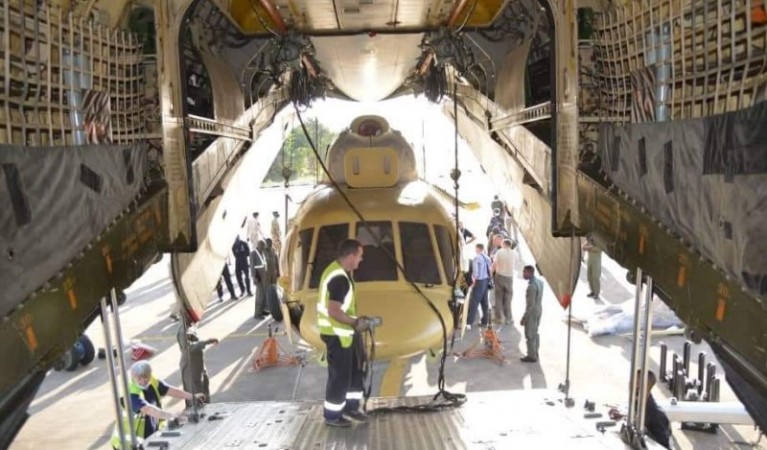